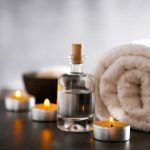 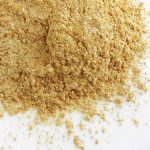 Often separated academically into their respective systems (e.g. the Muscular System, Skeletal System), the Musculoskeletal System is made up of the body’s bones (the skeleton), muscles, cartilage, tendons, ligaments, joints, and other connective tissue that supports and binds tissues and organs together. The musculoskeletal system’s primary functions include supporting the body, allowing motion, and protecting vital organs. The skeletal portion of the system serves as the main storage system for calcium, phosphorus, and magnesium and contains critical components of the hematopoietic system, which is the system of organs and tissues involved in the production of blood cellular components such as corpuscles (red blood cell) and leukocytes (immune “white” blood cells).

The bulk concentration of intracellular magnesium within the body is found in muscle and bone tissue, where stores of magnesium, calcium, potassium, and numerous other metal ions and trace elements are kept and utilized by the body. Unlike other essential minerals stored in bone tissue, however, very little magnesium is actually bioavailable from bone mineral composition.

In addition to phosphorous, calcium, sodium, and potassium, magnesium is critical in maintaining bone structure (as a surface substituent of the hydroxyapatite mineral component in bone) and aids in proper calcification. These also include magnesium’s functions as a necessary electrolyte needed for proper cellular repair and general muscle recovery following exercise. In sports medicine, the effect of magnesium supplementation has been shown to increase workload duration and enhance membrane function (shown by decreased release of muscle enzymes into serum), in addition to the general decrease in muscle recovery time following exercise. Magnesium’s effect on membrane function and stability is produced by binding of magnesium to the phosphate groups of phospholipids on cell and organelle membranes, effectively stabilizing afflicted membranes from exercise-induced injury.

As a calcium antagonist, magnesium plays a crucial role in the restriction and regulation of calcium dependent acetylcholine release at the neuromuscular junction. The release of acetylcholine is essential for effective muscle contraction in every muscle in the body. Magnesium is a key component in temporarily closing the gated calcium-ion channels that stimulate the release of acetylcholine, allowing residual acetylcholine to be rapidly metabolized by the enzyme acetylcholinesterase into its constituent elements and allowing the cells of the muscle fiber a period of “rest” before being stimulated into contraction again. This is the primary physiological mechanism behind the “relaxation” effect of magnesium.